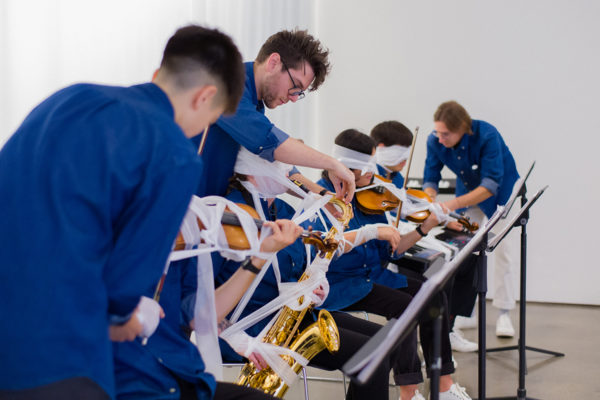 Museum of Contemporary Art Santa Barbara (MCASB) is pleased to announce the United States institutional debut of Berlin-based artist and composer, Ari Benjamin Meyers. Being exhibited for the first time in the United States, Kunsthalle for Music is dedicated to presenting music within the histories and environments of the visual arts. Co-founded with the Witte de With Center of Contemporary Art, Rotterdam, and Spring Workshop, Hong Kong, Kunsthalle for Music is comprised of a specially selected, local ensemble performing an on-site exhibition of musical works drawn from a “collection” that includes existing and newly commissioned solos, duets, and group pieces composed by Meyers and other artists.

Orchestrated by Meyers, the exhibition’s score is open to variations, which are determined by audience participation, by ensemble members, and by interaction in between audience and ensemble. This approach will translate into unique interpretations—an unrepeatable experience—every day. As such, visitors are encouraged to attend the exhibition more than once. Whenever the ensemble is not actively performing, Kunsthalle for Music will still activate the museum space for visitors in various ways, including ensemble members using the space to rehearse or leaving recorded musical traces in their absence.

The presentation of Kunsthalle for Music at MCASB is part of the Deutschlandjahr USA 2018/19 - Year of German-American Friendship. This initiative is funded by the German Federal Foreign Office, implemented by the Goethe-Institut, and supported by the Federation of German Industries (BDI).

Click here to read more about Kunsthalle for Music at MCASB in e-flux.

About the Ensemble
Mika Hayashi Ebbesen is a queer Japanese-Norwegian artist and writer, interested in composing with audible frequencies to build spatial narratives for evanescent inhabitation. They are currently based in Berlin and occasionally play cello.

Booker Stardrum is a Los Angeles based percussionist and composer. His recent compositions are sculptural, involving the dense layering of instruments, a focus on pan-tonality and an intuitive approach to rhythm.

Diego Gaeta is a performer and composer working and living in Southern California. Gaeta plays in jazz, hip-hop, and chamber music bands regularly as a keyboardist, often in explorative improvisational settings. He performs as a solo artist under his full name. He also composes scores, creates sound design, and edits sound for film and visual media.

Garrett Wingfield is a Los Angeles based saxophonist and composer who actively avoids boundaries and borders in his art-making. His practice undermines the idea that improvisation and highly structured composition are antithetical. Instead, his music brings an intuitive and human element to the otherwise dense and esoteric.

Marta Tiesenga is a polymath and performer based in Los Angeles, California. In their work, they are primarily interested in the space between procedure and spontaneity.

Nigel Deane is a performer and artist based in the periphery of Los Angeles. He specializes in musical performance on the violin, with a particular interest in notes and sounds that are often ignored in musical education. He has also created and performed works of film, dance, theater, and experimental religious ceremony.

Pauline Lay is an instrumentalist, composer, and organizer based in Los Angeles. In addition to her solo improvised violin and electronics presentations, she currently performs and collaborates with other musicians in varying iterations and genres from duets to larger ensembles, including her sound enveloping piece, 5x5, a composition for 25 synthesizers.

This project has been made possible thanks to the support of friends, peers, and colleagues. Heartfelt gratitude to: 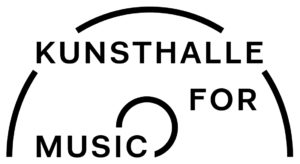 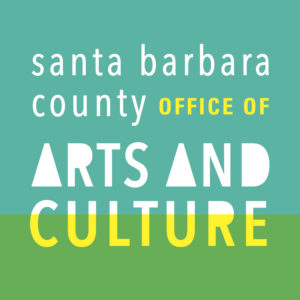 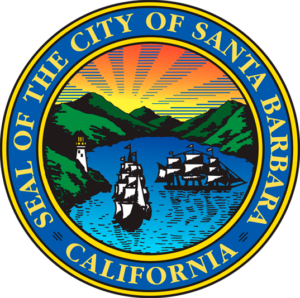 Register for Exhibition: Kunsthalle for Music

Your ticket for: Kunsthalle for Music