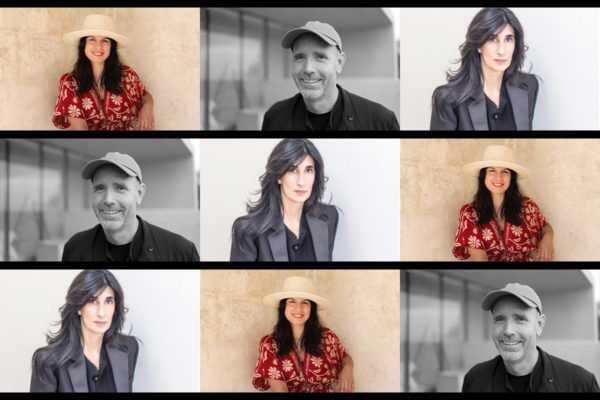 Have you ever wondered what it takes to make an exhibition? How to exhibit music? Ninette Paloma, Aerial Performer, and Robin Donaldson, Architect, share insight into the work that goes on behind the scenes of exhibitions in this panel presentation moderated by Abaseh Mirvali, Executive Director, Chief Curator, & CEO at MCASB, that features the performing arts and the spaces they inhabit.

Please arrive by 5:30 pm to enjoy the last 30 minutes of Kunsthalle for Music.

Ninette Paloma: With a penchant for unifying tradition with unconventionality, Ninette Paloma has spent her career exploring the relationship between seemingly disparate disciplines, curating and collaborating her way across the globe as an artist, choreographer, and producer. In 2006, she founded the Santa Barbara Centre for Aerial Dance - a conservatory dedicated to the art of contemporary flight - working with an international roster of musicians, visual artists, and engineers for the creation of site-specific installations and multimedia art productions in Europe and across the United States. Paloma is currently an arts writer for the Santa Barbara Independent and Artistic Director of the Santa Barbara Floor to Air Festival, an international performance platform highlighting the synergy between art, movement, and music.

Robin Donaldson, AIA is founding partner of ShubinDonaldson an architectural firm based in Culver City, with offices in Santa Barbara and Irvine, California. Born in Los Angeles, CA, Donaldson received a Bachelor of Arts in Studio Art and Architectural History at the University of California at Santa Barbara. In 1986, he received his Master of Architecture degree, winning the Henry Adams Medal at Southern California Institute of Architecture (SCI-Arc). While a student at SCI-Arc, Donaldson began working with Morphosis Architects until 1990 when he founded ShubinDonaldson. Under Donaldson’s creative direction, ShubinDonaldson has won over 40 local, state, and national AIA awards and has been extensively published nationally and internationally. In 2010, LIVE + WORK Modern Homes and Offices: The Southern California Architecture of Shubin + Donaldson was published featuring the residential and creative office work of Donaldson and ShubinDonaldson. His architectural work ranges across western USA, Mexico, and the Middle East including a wide variety of building types. Selected clients include the University of California, Ogilvy and Mather, Boston Consulting Group, and Google.  Donaldson lectures at AIA events, academic institutions, devotes time to AIA advisory boards and serves on community planning advisory boards across Southern California.

Your ticket for: In Conversation | Exhibition Makers Vol. 4