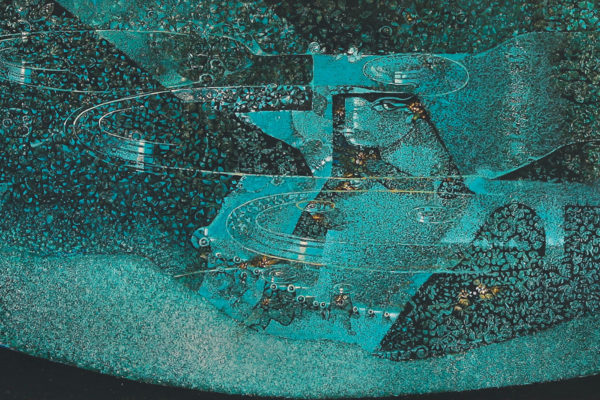 Exhibition on view at three locations:

Organized by Miki Garcia, Executive Director & Chief Curator of Museum of Contemporary Art Santa Barbara (MCASB), as well as Guest Curator, Emiliano Valdés, Guatemala from 33,000 km: Contemporary Art, 1960-Present brings together works that have rarely been seen beyond Guatemala, but that speak to a range of formal, political, and social concerns that permeate contemporary art both in Latin America and throughout the globe. This exhibition marks the first ever in-depth commitment to the study of Guatemalan art in the late 20th and early 21st century, bringing innovative and visually arresting works produced by Guatemalan artists to a public audience in the United States and abroad.

With the support of the Getty’s Fall 2017 initiative, Pacific Standard Time: LA/LA, Guatemala from 33,000 km features artwork in a range of media, tracing the tumultuous route that has traversed the history of Guatemala since 1960. Pursuing the development of art in Guatemala is fundamental not only to understanding today’s production but also in the unveiling of practices and oeuvres that have largely remained underexposed. Political, infrastructural, and economic issues have acted as barriers to the study of art in Guatemala, preventing widespread knowledge of the innovative, perceptive, and aesthetically intriguing artworks that this exhibition compiles.

The exhibition includes over 70 artworks, occupying approx. 8,000 square feet which in Santa Barbara will be installed in 3 venues: MCASB, Westmont Ridley-Tree Museum of Art at Westmont College, and Santa Barbara Community Arts Workshop. It is structured around clusters or groups of works that represent central ideas, themes, and media that have been pivotal in Guatemala’s art over the last 50+ years. Spanning different moments and generations, both the works and the clusters are interconnected and often an artist that is included in one chapter could also be part of another so that the exhibition is not installed by clusters, but orchestrated in a way that highlights the multiple connections that exist between the works and the threads. The exhibition will generate a breadth of concerns that illuminate patterns of development in Guatemalan modern and contemporary art for the past 50 years. The clusters are mainly thematic, although a chapter is dedicated to works that through formal and technical experimentation have contributed to the advancement of artists’ production in the country. The exhibition understands Guatemalan modern and contemporary art as made up--seamlessly--of works that range from a strict Western art-historical narrative to local notions of art (so called naïf or otherwise) as well as artists that stand on the meeting point of these traditions.

Major support for Guatemala from 33,000 km is provided through grants from the Getty Foundation.