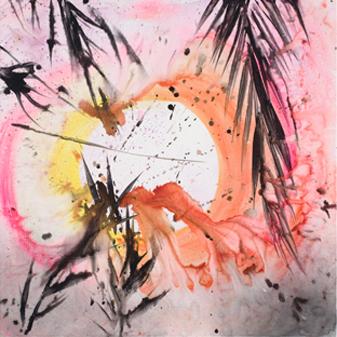 Inspired by the 2008 Tea Fire, Susanna Vapnek’s paintings tap into the intensity of shared community experience with emotive, apocalyptic representations of the Santa Barbara fire season. The exhibition is titled Sundowner, a reference to dangerous and uncontrollable hot winds that descend from the mountains to the sea fueling fires into raging infernos. Her Southern California landscapes expose the fluidity, energy, and dark side of a region often viewed as an eternal paradise.