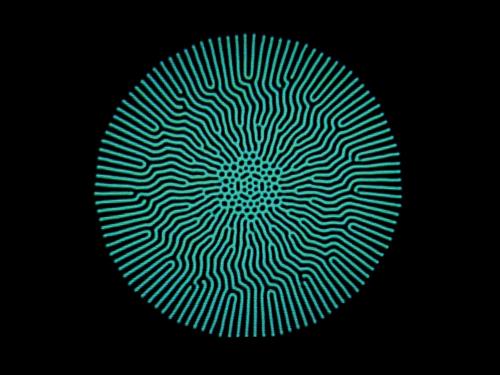 Pointing a live video camera at it’s own projection gives what is known as a “video feedback loop.” The camera reads the screen and then projects the image, in a repeating vortex. By carefully adjusting the angles and standard controls on a mid-1990’s-era video camera, Ethan Turpin isolates the self-sustaining patterns. The real-time animation can move from patterns resembling pantheistic design to microorganisms expanded to a human scale, evoking the uncanny feeling that life has emerged from within the system. Participants can move in the space between the camera and projection screen surface, integrating into the abstracted image.