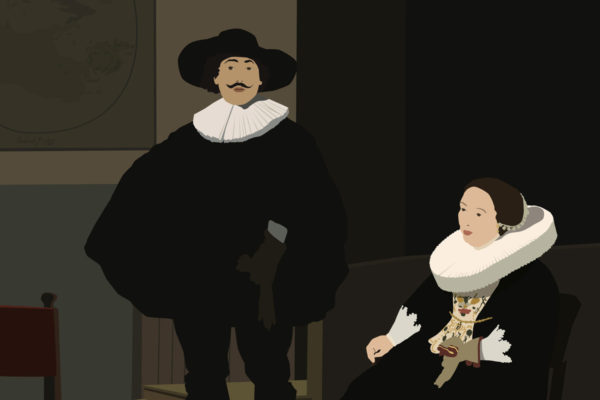 Please join artist Kota Ezawa and curator Irene Hofmann, SITE Santa Fe, for a conversational gallery walkthrough of the exhibition Kota Ezawa: The Crime of Art prior to the opening reception.

Featuring a series of light-boxes and video animations the exhibition chronicles some of the most infamous and high-profile museum heists in history, including a series of images paying homage to the 13 artworks—by Degas, Manet, Rembrandt, and Vermeer—stolen from the Isabella Stewart Gardner Museum in 1990. Ezawa’s digital interpretations of the stolen Stewart Gardner masterpieces take on new life as Ezawa plays with ideas of appropriation and originality.

Space is limited, so RSVP now to reserve your spot.

Your ticket for: In Conversation: Kota Ezawa with Curator Irene Hofmann