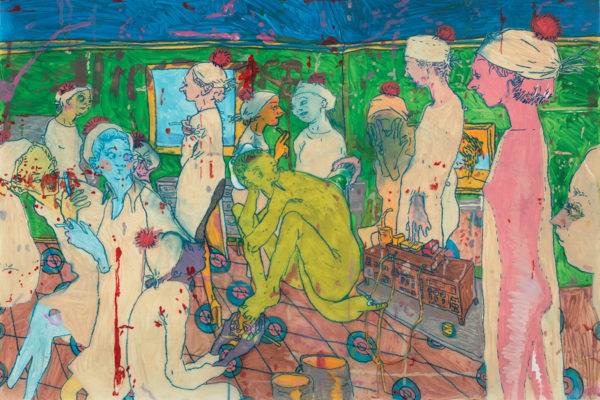 MCA Santa Barbara is organizing a one-person exhibition by New York-based artist Dasha Shishkin. Presenting new work specifically for MCA Santa Barbara, Shishkin is known for her large, colorful drawings on semi-transparent mylar surfaces, which utilize a variety of media including acrylic, ink, and Conté. While her artwork is figurative in nature, evoking fable-like qualities, the artist eschews any concrete narrative.  Rather, her complex compositions broadly contemplate themes of romance, eroticism, humor, and the grotesque.

Orlaineta’s work focuses on the minutiae of everyday life, thus transforming them into sculptural forms. Inspired by modernist design and its legacy, the artist combines hybrid forms where modernist ideals and contemporary realities collide.  Orlaineta has written, “My investigations into modernist ideals praise both subject and form in modern art and design, as well as the contradictory ideologies that are forced upon the work due to a certain legacy within a larger historical/cultural context. Ultimately, I try to direct attention to the transformative powers of the everyday and its relentless aspiration for a utopian way of life.” Orlaineta will produce new work for MCA Santa Barbara’s Bloom Projects gallery in the summer of 2013.