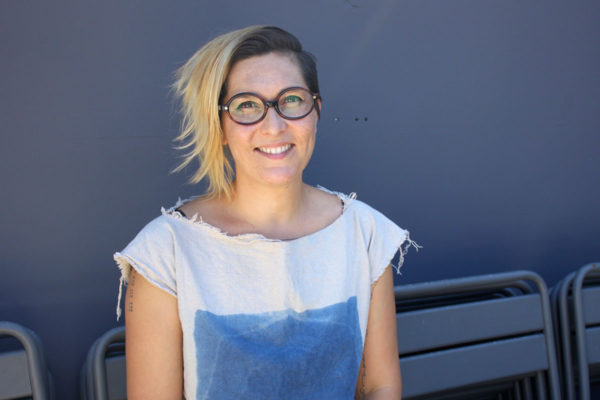 Tanya Aguiñiga, a prominent social practice artist from Tijuana, Mexico, will discuss her involvement in MCASB’s public art initiative, takepart | makeart within the broader context of her work as an artist, designer, and craftsperson.

Aguiñiga holds an MFA in furniture design from Rhode Island School of Design and a BA from San Diego State University. In her formative years she created various collaborative installations with the Border Arts Workshop, an artists’ group that engages the languages of activism and community-based public art. Her current work uses craft as a performative medium to generate dialogues about identity, culture and gender while creating community. This approach has helped Museums and non-profits in the United States and Mexico diversify their audiences by connecting marginalized communities through collaboration.

Aguiñiga is a United States Artists Target Fellow in the field of Crafts and Traditional Arts, a NALAC and Creative Capital 2016 Grant Awardee. She has been the subject of a cover article for American Craft Magazine and has been featured in PBS’s Craft in America Series.

Your ticket for the: takepart | makeart: Artist Talk with Tanya Aguiñiga